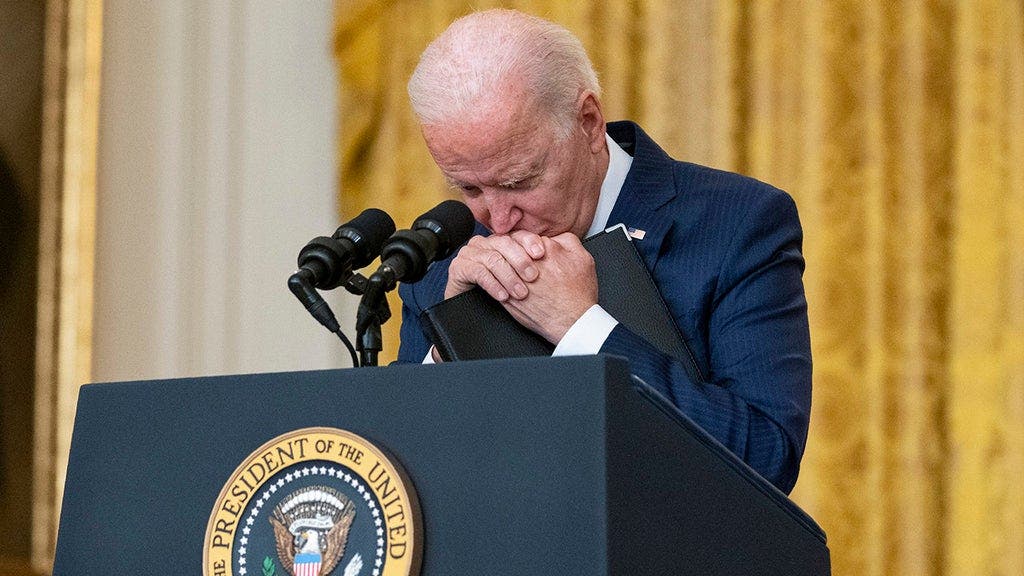 A new poll claims President Joe Biden’s job approval is „underwater” as a majority of Americans negatively score his withdrawal from Afghanistan and criticize his handling of climate change.

Quinnipiac University’s announcement of the poll stated that Biden is „underwater on job approval and handling of key issues.” In the poll, which was released Tuesday and features responses from 1,210 U.S. adults nationwide, 50% of Americans disapprove of Biden’s job performance as president while 42% approve. Compared to last month’s approval rating, Biden fell four percentage points. In late August, 46% of Americans approved and 43 percent disapproved, according to Quinnipiac.

Biden also received a negative score for his handling of foreign policy, with 59 percent stating they did not approve. Fifty-five percent of Americans who were surveyed in the poll also disapproved of Biden’s handling of his job as Commander in Chief of the U.S. military, while 40 percent approved.

Regarding the economy, the survey found that Biden received a negative rating of 42% to 52%, a four percent increase in disapproval since a Quinnipiac survey in August.

The poll found Americans were slightly split on Biden’s handling of climate change, with 45% disapproving and 42% approving, marking a 10 percent increase in disapproval since August.

„If there ever was a honeymoon for President Biden, it is clearly over. This is, with few exceptions, a poll full of troubling negatives… from overall job approval, to foreign policy, to the economy,” said Quinnipiac University Polling Analyst Tim Malloy.

While respondents approved of Biden’s decision to withdraw troops from Afghanistan 54% to 41%, he received criticism for the way he handled the withdrawal as 65% said they disapprove and only 31 percent said they approve. Sixty-two percent of respondents also said they believe American troops will have to return to Afghanistan to fight terrorism.

„’The pullout is over, but boots will be back on the ground eventually,' predict voters, who clearly see a looming terrorist threat churning in the cauldron that is Afghanistan,” said Malloy.

Cruz quizzes Blinken over reports of lists of Americans, allies given to Taliban

Biden officials say no Afghans ‘of concern’ have entered US

‘GRINCH Act’ introduced to protect children's books from cancel culture: ‘No one is safe’